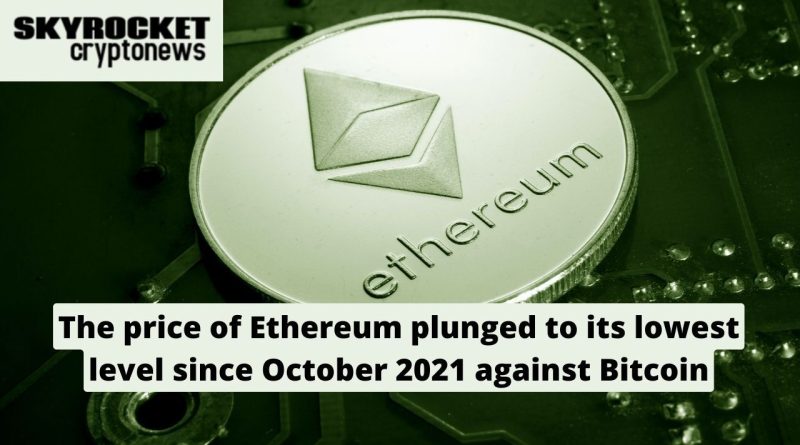 In comparison with BTC, Ethereum’s value is falling sharply as the altcoin trades at levels last seen in October 2021.

In the past 24 hours, many Altcoins have been bleeding out as the market has taken another leg down. Due to this, Bitcoin’s dominance has spiked to levels not seen since last year.