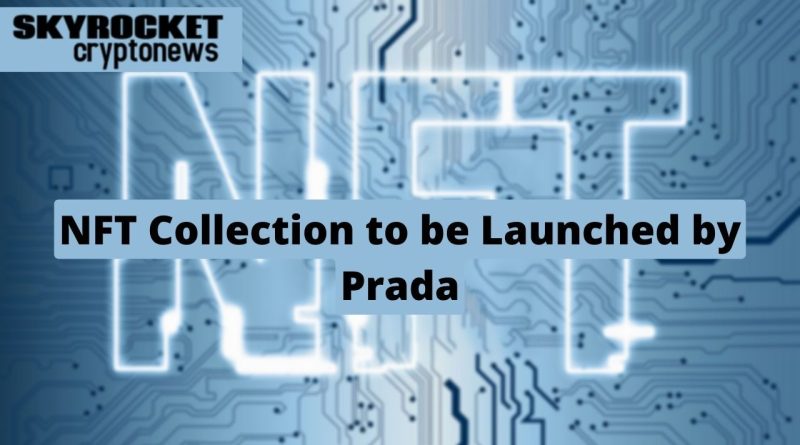 The Utility-based relations between the NFTs and the physical items are highlighted by Prada’s latest raid.

Famous luxury brand Prada extends its existence in Web3 with the upcoming launch of a new NFT Collection. It will fit the series of physical shirts that have been on sale since December 2019.
An NFT for every shirt
Prada Timecapsule, a series of fashionable black or white shirts launched in 2019, is a complement to the 100 Ethereum-based NFTs, according to their website. The 100 gender-neutral shirts and physical project designed in collaboration with the son of Damien Hirst, Cassius Hirst, will directly link to the about-to-be airdropped NFTs.
NFT’s release is designed to mark the progress of its “Timecapsule initiative.” Since 2019, the brand has been releasing a limited edition item from the series on the first Thursday of every month.
On the upcoming Thursday, every owner of the physical shirt will also be given an NFT. It will act as a digital diary, documenting the drop’s serial number and including a special number associated per shirt.
Physical Items as a Focus
Forbes’s coverage reveals that the cost of each NFT will be denominated in fiats currency rather than crypto. The Aura Blockchain Consortium, supported by LVMH, Prada Group, and Cartier for offering solutions to authenticity, privilege, and traceability, is behind Prada’s latest foray into NFTs.
According to the coverage, Prada is integrating its NFTs into pre-established physical objects, different from Gucci, which is targeting Web 3.0 natives from the gaming community. Using this strategy, it aims to make its virtual empire around its loyal or existing customers.
‘‘Adidas for Prada re-source’’ built on Polygon-with sportswear behemoth, which was also the brand’s first NFT project, Adidas did come alive through a remarkable approach as well. Adidas Originals and artist Zach Lieberman partnered up to create art projects showcasing user-generated and creator-owned works.